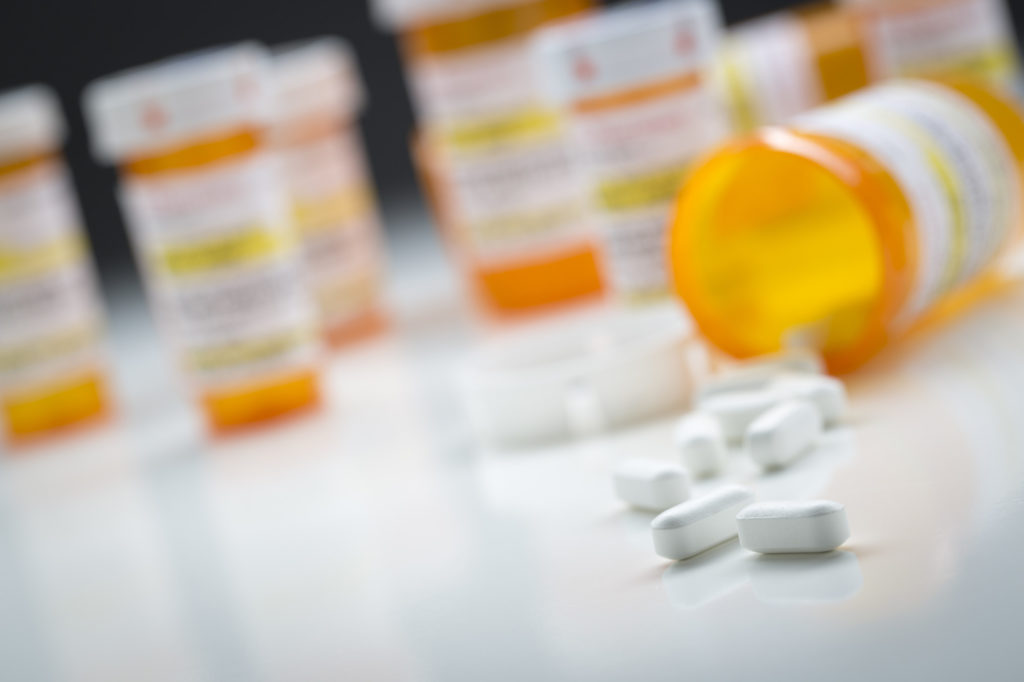 It's no secret that prescription drugs are big business.

This year alone, it's estimated that over 4.5 billion prescriptions will be filled in the United States. And amidst the ongoing COVID-19 pandemic, it's more than likely that the actual totals will greatly exceed these modest projections.

So it's interesting to learn about the most common prescription drugs. It gives you a snapshot of the most common medications in the country and an overall reading on the nation's health outlook.

The Top 10 Most Common Prescription Drugs

Here's a ranking of the most commonly prescribed drugs as of January 2020, according to the assiduous compilers at GoodRx. Go ahead and read the list through to the end—some of these common medications won't surprise you, and others just might.

Atorvastatin is a type of drug known as HMG CoA reductase inhibitors or statins. Also known by its brand name Lipitor, atorvastatin is used to regulate cholesterol levels in the blood.

Atorvastatin has consistently ranked as one of the most popular prescription drugs in the country.

Levothyroxine is a synthetic thyroid hormone. It's also known under the brand names of Levoxyl, Synthroid, Tirosint, Unithroid, and Levo-T.

The purpose of the drug is to take the place of a naturally occurring thyroid hormone, which regulates energy and metabolism. It's used to treat hypothyroidism, which is the low production of thyroid hormones, as well as to prevent the appearance of goiters.

Levothyroxine is available in a number of brands, and the generic version is very affordable.

Lisinopril is an ACE (angiotensin converting enzyme) inhibitor and is among the most commonly prescribed drugs in this category.

Also known by the brand names Prinivil and Zestril, lisinopril is used to treat high blood pressure. It's also used in conjunction with other drugs and medications to combat heart failure.

Another benefit to the drug is that it can be used to improve survival odds in heart attack survivors. Though it's not the only ACE inhibitor on the market, Lisinopril is long-lasting, requiring only a single tablet per day rather than multiple tablets.

Gabapentin is an anti-epileptic, a type of drug also known as an anti-convulsant.

Gabapentin is not an opioid, but it has been linked to unintended uses and overdose deaths.

Amlodipine is a calcium channel blocker (CCB), which acts to dilate blood vessels and lead to better blood flow.

The drug's purpose is to treat angina (chest pain), and well as other symptoms and conditions of coronary artery disease (CAD). Amlodipine can also be used to treat hypertension and reduce the chances of a stroke or heart attack.

Also known by the brand names of Norvasc and Katerzia, amlodipine is one of the most common medications for heart disease.

Albuterol belongs to a class of drugs known as adrenergic bronchodilators.

That's a mouthful, but basically these drugs work to dilate the bronchi in the lungs, thereby treating and preventing bronchospasms. These types of drugs are principally for those suffering from asthma.

Albuterol falls under many brand names, including Ventolin, ProAir HFA, Ventolin HFA, Proventil, and Accuneb. As a short-acting beta2-adrenoceptor agonist, albuterol is intended to control asthma symptoms on an as-needed basis.

Hydrocodone belongs to a class of narcotic pain relievers, and is therefore a type of opiate. Acetaminophen is not an opiate and is less powerful in its pain relief. However, it is a very common OTC medication, known under its famous brand name of Tylenol.

The drug combo comes under a variety of brand names, including Vicodin, Hycet, Lorcet, Zolvit, Xodol, Zamicet, Verdrocet, Norco, Lortab, and Maxidone. As that roster of names suggests, the drug combination is very popular for the relief of moderate to severe pain.

Omeprazole is better known under its brand name of Prilosec.

It's a proton pump inhibitor (PPI), which acts to reduce the production of stomach acid. Omeprazole is used to treat certain stomach conditions, including gastroesophageal reflux disease (GERD), ulcers, and heartburn.

Omeprazole is one of the most common prescription drugs for heartburn, and it also includes over-the-counter variants (Prilosec OTC) in addition to the regular prescription type.

Amoxicillin is a penicillin antibiotic and is used to fight bacterial infections.

Amoxicillin falls under many different brand names, including Amoxil, Trimox, and Moxatag. It is one of the most commonly prescribed drugs for bacterial infections.

It also has many uses, including for the treatment of tonsillitis, bronchitis, pneumonia, and a variety of ear, nose, and throat infections. It can also be combined with another antibiotic, clarithromycin, to fight stomach ulcers induced by infections of Helicobacter pylori.

Losartan, whose brand name is Cozaar, belongs to a class of drugs known as angiotensin II receptor blockers (ARBs).

These drugs work to dilate blood vessels, improving the flow of blood, and reducing blood pressure. Losartan is commonly used for the treatment of high blood pressure, and to lower the risk of stroke and heart attack.

Losartan is also used to impede long-term kidney damage in those who have type 2 diabetes in addition to hypertension. Losartan is among the most commonly used ARBs, and its generic versions are affordably priced.

Are You Looking to Purchase Your Medications Online?

If you're looking to get your medications online, remember to do your due diligence. The most common prescription drugs are certainly available from Canadian pharmacies, but it's good to do your research and be careful about what you're ordering.

Canadian drugs are usually identical to American ones, but you still want to make sure you're getting the right prescription for what you need. Please don't hesitate to contact us for more information and help in buying your prescriptions online.