What Are Generic Prescriptions and When You Should Use Them 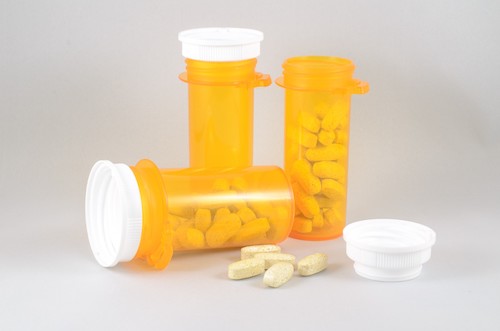 In the United States, 90% of prescriptions filled are generic prescriptions, not their brand-name counterparts. This is despite all the advertising many brand-name drugs receive when they first come on the market.

It seems that the early hype persuades consumers. But they nonetheless readily accept the much lower cost of the generic versions once they're approved and available.

Do people actually buy the brand-name versions of drugs that have been on the market for a long time? And, if so, what are the reasons? We'll explore this question and related ones. We'll also share some helpful information.

What Are Generic Drugs?

Let's begin with the basics. A generic drug has the same chemical composition as the original version—meaning the drug was initially protected by chemical patents. Generic drugs can only be sold after those patents have expired.

According to the FDA, a generic drug should be the same as an existing and previously approved brand-name drug. In other words, it should be virtually identical in terms of:

The most significant benefits of generic drugs are their lower cost to consumers. Also important is their more widespread availability.

Any new medication must go through a stringent development, testing, and approval process under the FDA's oversight. With the original brand-name version, this process can take months or years, even with an expedited process.

Among other considerations, a new drug must go through controlled testing. First, is with computer simulations, then laboratory animals, and finally with humans. Any unexpected difficulties, like unanticipated side effects, can delay the process.

Similarly, the FDA requires that drug companies demonstrate a generic drug's effectiveness as a substitute for the brand-name drug it should replicate. The company also must be sure the generic form offers the same benefits to users as the original.

Generic drugs undergo a more streamlined process, though. Most of the obstacles have been cleared and questions addressed during the brand-name trials. Even so, generic approvals must be nearly identical to those of the original.

The abbreviated new drug application (ANDA) submitted by drug companies needs to make a viable case that the generic medication is the same as the brand-name version, as follows:

Despite having this trial phase, generic versions of a medication can have slight (though sometimes significant) variations from the original—as we'll discuss below.

How Do Generics Differ from Brand-Name Drugs?

Credible sources have found few if any variations between name-brand and generic (or store-brand) food products. There may be minor differences among the ingredients, but the taste is usually very similar.

The same is true of differences between generic and name-brand drugs. Bleached flour might be substituted for unbleached in a generic food product without any fuss from consumers. The same might not be the case with generic drugs.

As indicated above, the FDA states that "the inactive ingredients of the generic medicine [should be] acceptable." But "acceptable" does not mean identical. And generic drug manufacturers might make some substitutions that affect the users in some way.

Do consumers respond differently to generics than to brand-names based on advertising? To answer this, we need to consider an ongoing controversy about direct-to-consumer advertising (DTCA).

The increased use of mass media advertising for prescription drugs has brought debate in the medical community and the population generally. Some say that advertising makes consumers better informed and able to communicate with doctors.

However, we all know that advertising can be manipulative and play to the emotions of vulnerable people. It encourages them to self-diagnose—which, in turn, pressures doctors to make prescribing decisions they might not have made otherwise.

Does this change when the medication in question is a generic one? We don't believe so. In our opinion, once you have left a favorable impression of a drug on someone who might be helped by it, that impression lasts into the generic phase.

Who wouldn't be eagerly anticipating a less expensive version of a drug they rely on?

The Main Differences Between Brand-Name and Generic Drugs

Most of the differences between brand-name and generic drugs are subtle and usually harmless. Generic medications can vary from the original brand-name version in terms of:

The last item might include preservatives, binding agents, dyes, and flavoring that might affect patients with certain health conditions. Still, the cost is by far the most significant difference between brand-name and generic medications.

In the U.S., generic medications typically cost about 80% less than the comparable brand-name drug. In Canada, drugs are less expensive than in the U.S. So, the cost reduction percentage might be even greater.

The Pros and Cons of Generic Prescriptions

Yes, the most significant factor favoring generic over brand-name drugs is the price. But what are the other benefits? And are there any drawbacks as well? Yes, there are several of each.

This section will detail the reasons for the lower costs of generic prescriptions. They might seem obvious, but it might not have occurred to you to consider them.

A 2017 study revealed that generic drugs accounted for $265 billion in healthcare savings in the same year.

Generic drugs generate savings for public health programs, benefit prescription providers, and reduce healthcare costs for providers and consumers across the board.

Brand-name drug companies must pay for and conduct clinical trials, thus passing on costs to consumers. But generic manufacturers don't need to develop the drug or define its chemical composition. This lowers the consumer's cost considerably.

With multiple companies producing generic medications, there's competition in the industry. That lowers the costs even more—sometimes with detrimental consequences.

There are over 12,000 brand-name equivalents among the available generic drugs, and you usually can find them at nearby drugstores. This means that you shouldn't need to special-order or hunt high and low for them, as you might with a brand-name.

As discussed previously, generic prescriptions have to meet the same standards as brand-name medications. They must pass FDA inspections and achieve the same degree of success.

Of course, when it comes to quality, active ingredients, safety, and how they are administered, brand-names and generics should be precisely the same. It might not always be the case, though.

No matter what the scenario or its strong points, there inevitably are drawbacks too. Let's look at some of the ones for generic medications.

In some instances, a generic drug has been contaminated or hasn't met quality standards for other reasons.

The inactive ingredients (fillers and binders) in medications vary among manufacturers. So, someone with allergies or other sensitivities might react negatively.

As well, with some extended-release drugs, generics can break down or be absorbed faster. When this occurs, the body must process a larger dose more quickly than recommended or expected.

Bioavailability refers to how easily the body absorbs a given substance. Thus, as studies have shown, variances in dosing can affect a patient's response to a given medication.

The FDA lets a generic drug's bioavailability vary from a minimum of 80% to a maximum of 125% from the original brand formulation. Because of this, problems can arise in some instances.

In general, medications that have been on the market for less than 20 years don't have generic equivalents. But if a doctor can find a similar drug with a generic counterpart, it is permissible to prescribe that generic.

Why and When Do Doctors Choose Not to Prescribe Generics?

Doctors and other health care providers with prescribing authority have a couple of intertwining reasons for choosing brand-name medications when generics are available. One is that patients request them.

Those with the money to spend often adhere to the adage, "you get what you pay for." Getting a high-end branded product might be a concern when buying cars or power tools. It rarely is with generic prescriptions.

Sometimes, doctors fail to explain to patients why generics are safe. Perhaps they worry about negative ratings or complaints to supervisors.

Medical practitioners can also succumb to drug companies' lure and the "gifts" they give—from office furnishings to paid conference trips.

Still, the number of doctors easily lured into prescribing name brands is diminishing. Many more doctors today legally accept free samples of medication and equipment. They pass these directly on to patients in need.

Another reason doctors might prescribe brand-name medications is that the generic version isn't available yet. And one more reason is that they might know of problems with generics. It has been the case with ranitidine, the generic for the acid reflux drug Zantac.

Yes, we're sure there is some corruption at play when prescribing name brands in place of generics. But, in far more cases, when doctors write generic prescriptions for their patients, they do so with only the best intentions.

In the following section, we'll discuss a particular category of generic medications that can be dangerous if not prescribed and appropriately selected.

Let's focus on a couple of prevalent brand-name medications, the erectile dysfunction drugs Viagra and Cialis. You can buy Canadian pharmacy Viagra and Cialis online. Both generic Viagra (sildenafil) and generic Cialis (tadalafil) are available too.

There is very little to be concerned about with these two erectile dysfunction drugs or their generic forms. But the popularity of these drugs is such that several counterfeit generics have appeared in recent years.

It all started when the generic versions were approved—in 2017 for Viagra and 2018 for Cialis. So if you buy generic Cialis or Viagra, we recommend using a legitimate pharmacy.

When you purchase Cialis or Viagra in Canada or elsewhere, make sure you're buying a pure, untainted product—and getting it from the best Canadian pharmacy.

Benefits of Buying from a Canadian Pharmacy

So, exactly what are the benefits of buying from a Canadian pharmacy online? First and foremost, our affordable online prescriptions can save Americans a lot on their medication expenses.

Canada, like the U.S., has high standards for health care. However, Canada has differing philosophies about how to cover medical costs. That's part of why buying from us can help Americans keep their health care budgets under control.

Plus, our online medication ordering and refill services are second to none. So, if you're looking for Cialis online, generic Cialis in Canada, a Canadian pharmacy with Viagra, or something altogether different, tell us how we can help.

Your Order Is Ready

Buying generic prescriptions and other medications from our Canadian pharmacy has distinct benefits. You'll realize this very clearly when you go to the mailbox or porch to collect the package of medications you ordered recently.

Online medications like ours and the remarkably efficient shipping processes we use make all the difference for our customers to the south. It used to be that Americans would drive great distances to buy and pick up medications in Canada.

It's so much more convenient today! If you haven't tried our method of purchasing Canadian drugs, consider doing so today. You won't regret the decision.