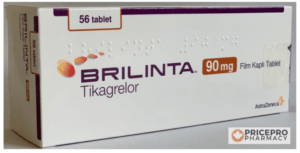 *Product image for reference use only

Take advantage of this Rx coupon, available only at our Canadian Pharmacy!

Be sure to use Brilinta coupon code BRL10 to get $10 off the Brilinta cost on your order.

This coupon can be applied on either the 60 mg and 90 mg prescription medication.

*Coupon codes cannot be combined and are for one-time use only.

This prescription medication used in conjunction with low-dose aspirin to help prevent stroke and heart attacks in patients with heart problems.

It may also be used after specific heart surgeries like stent placements, coronary artery bypass grafts (CABG), and angioplasty.

This medicine works by preventing platelets from forming clots by blocking them from sticking together. An antiplatelet medication, it works to keep optimize and regulate steady blood flow throughout the body.

This medication can be taken with and without food, as directed by your physician, and should be taken regularly. Of note, the tablets may be crushed into a powder and drank with water for those who have difficulty swallowing pills. It is usually taken twice daily, as directed by your doctor.

To place an order and buy online with our Canadian Pharmacy a prescription is required to be submitted. The prescription can be sent in by fax, e-mail, or directly uploaded on our site.

Low Prices with our Brilinta Coupon

For more information, click on the blue below to find more details on dosing, side effects, and precautions.

The generic for Brilinta is known a Ticagrelor. It is available in both Ticagrelor 60mg and 90mg dosage. Generic Ticagrelor cost is cheaper than brand Brilinta as shown below:

There are greater price savings when you order a 3-month supply of medication vs. 1-month. 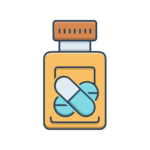 The following Brilinta doses are are available to order:

This medication is manufactured by AstraZeneca and available in pack sizes of 56 or 60 tablets depending on the product source.

Brilinta is marketed under the name Brilique in the the United Kingdom. The active medicinal ingredient is known as Ticagrelor. 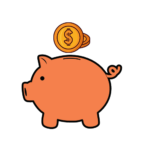 The cost of Brilinta 90mg at PricePro Pharmacy is:

To further save on Brilinta price it is better value to order a 3-month supply of medication than 1-month supply.

The prices listed above are without insurance or patient assistance programs.

This pharmacy coupon for Brilinta can be redeemed on any dose and it is for single-use only.

Check our other Rx coupons for additional discounts and savings. 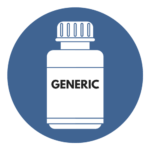 We offer the generic for Brilinta known as Ticagrelor in the following doses: 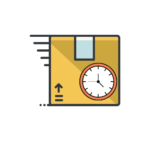 The estimated shipping times depend on the medication ordered:

There is a standard shipping charge of $9.95 applied to each order.

Once you medication ships you will receive an email alert with the applicable tracking information. 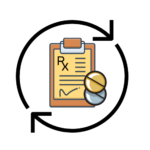 Our free refill reminder service is a great bonus when you register with us. We provide friendly reminders by phone or email as the optimal time to place a refill based on your prescription history and estimated shipping times.

You can login to your online pharmacy account and view your previous order history and see which active prescriptions you have on file.

Brilinta attaches to platelets and stopped them from clumping together and forming clots. It is used in people with a history of acute coronary syndrome (ACS) or myocardial infarction (MI). It can also reduce stent thrombosis in patients who have received a stent to treat ACS.

ACS describes several conditions where blood flow to the heart is deceased. After experiencing ACS, you are at an increased risk for stroke, heart attack, and cardiovascular death.

Brilinta works by preventing the formation of clots that would cause these events.

The first dose is 180 mg by mouth and is usually given in an acute care setting like a hospital.

Brilinta should be used with 75-100 mg of aspirin every day.

Side effects of Brilinta may include:

Aspirin can be used while taking Brilinta, but it must be dosed less than 100 mg per day. Doses higher than this can decrease the effectiveness of Brilinta.

Recently, Brilinta has been linked to an increased risk of central sleep apnea. Brilinta has also been associated with slow heart rate and second-degree and third-degree atrioventricular blocks.

Do not use Brilinta if you have a history of intracranial hemorrhage (ICH) or an ongoing active bleed.

Brilinta has many possible drug interactions, including:

Tell your doctor and pharmacist about all of the medications you are taking before starting Brilinta.

If I have bleeding side effects, should I stop Brilinta?

When possible, your doctor should manage bleeding without stopping Brilinta because stopping increases the risk of cardiovascular events like heart attack, stroke, and death.

If I feel better, can I stop taking Brilinta?

No, do not stop taking the medication unless directed by your doctor. Typically it should be used for at least one year after ACS.

Should I take Brilinta with or without food?

You can take Brilinta with food or on an empty stomach. 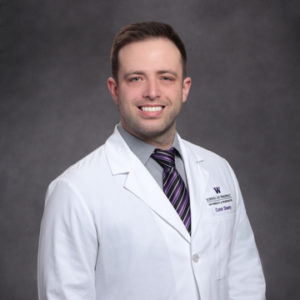 Dr. Sheehy is a board-certified pharmacotherapy specialist. He has worked in multiple practice settings, including retail and hospital pharmacies, and in medical clinics.  He specializes in anticoagulation, psychiatric medications, and diabetes medications. He strives to empower his patients to understand their medications and improve their overall medical care.