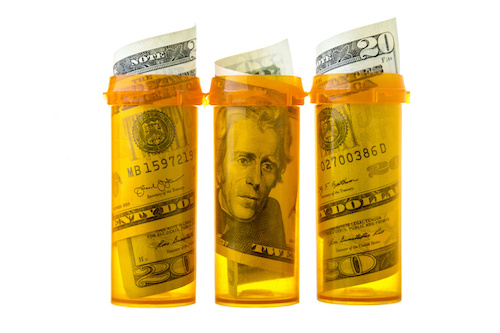 Over 58 million adults in the United States can't afford to pay for prescription drugs. But 2021 might provide some hope for patients dealing with high drug prices.

In 2020 The United States government issued the Transparency in Coverage final ruling. This is why many people predict that drug prices will fall in 2021.

You may have heard that the Trump administration has crafted a new plan but how this new plan work. Will be successful in reducing prescription drug costs.

If you have questions about check out our complete guide to prescription drug prices in 2021.

The History of High Drug Prices

This means we pay the highest prices for prescriptions out of any other developed nation. This hasn't always been true.

In the 1980s the United States spent roughly as much on prescriptions as the next 9 countries. This all changed in the 1990s through the early 2000s. In the mid-90s there was a rapid increase in the pharmaceutical industry. Because there was a record-high number of drugs approved by the FDA.

This was accompanied by an expansion of programs like Medicare, Medicaid, and the Children’s Health Insurance Program.

Another factor that increased costs from 2014 to 2015 was the passage of the Affordable Care Act. This led to more people with health insurance coverage and thus increased costs.

We spend roughly the same percentage of total healthcare costs on prescriptions as in other countries. In the US prescription drugs account for a total of 10% of National Health expenditure (NHE). This is comparable to most other similar countries. For example, in Norway, drug prices account for 7% of NHE, and in Canada, it accounts for 15 percent.

Why Are Prescription Drugs in the U.S. So Expensive?

To understand how to cut drug prices in the U.S. let's ask the question of how things got this way.

According to the journal Health Policy Americans typically spend 12% fewer days on prescription therapies. Compared to 10 other similar countries. These the result of higher transaction costs. In short higher use of prescription isn't what's driving costs.

Another supposed culprit is the use of expensive name-brand drugs over generic prescriptions. This claim doesn't hold up to scrutiny. Around 84% of prescriptions in the United States are filled with generic drugs.

The large population of the United States has also been blamed as a cause of high prescription costs. Though this analysis doesn't stand up to scrutiny. As in the U.S., the per capita cost of healthcare is still much higher than on average for similarly wealthy countries.

What Other Countries Are Doing Differently

Though there are numerous issues that have been blamed the simplest explanation is that the United States does not negotiate the prices of prescription drugs like other countries. While countries like Canada buy drugs wholesale to get decreased prices and sets limits for how much drugmakers can charge for medicine.

Australia is an example of a country that provides pricing negotiations to control the cost of prescriptions. This country has the Pharmaceutical Benefits Advisory Committee (PBAC) is an organization appointed by the Australian government that decides if new medicines will be available in Australia. If the results of the medication are not deemed worthy of its price the medication will not be available to citizens of Australia.

Another factor leading to America's expensive prescription cost is the way that we view and regulate drugs compared to other countries. While other countries, like Canada, treat healthcare as a public utility that must be regulated for the public good. In the U.S., we view healthcare as a commodity and offer no such protections. This leads to a situation where there may be more drugs on the American market but a large number of people can't access them due to price.

Now that we understand what makes prices so high let's see where there might be hope on the horizon.

On June 24, 2019, President Donald Trump issued the Executive Order on Improving Price and Quality Transparency in American Healthcare to Put Patients First. This executive order is the first to tackle high drug prices through transparency.

The administration also outlines a part of their 'America First Health Plan' plan that will allow states to import cheaper prescription drugs from Canada.

This plan has been proposed before. In fact, Congress has allowed drug importation since the early 2000s. But this could only occur if the Department of Health and Human Services secretary agreed that it was safe. Only the current HHS Secretary Alex Azar has agreed that importation was safe in a letter to Congress in September 2020.

Though this plan will probably decrease healthcare costs it is estimations differ wildly on the actual savings. This is because the HHS can't say for certain which drugs will be imported.

The plan to import drugs has also run into controversy and pushback both from the Canadian government and pharmaceutical companies. In fact, many pharmaceutical companies have spent decades fighting legislation like this from passing. Their argument is that importing drugs will disturb the countries supply chain and make it easier for unsafe drugs to enter the market.

This may lead to a situation where drugmakers attempt to end this legislation using a lawsuit.

The legislation does not allow Americans to import drugs on their own and to comply they must use programs that are run by each individual state. It should also be noted that Americans have been buying drugs from Canada both in-person and online for decades. The FDA has allowed drugs to be shipped to individuals for personal use.

This rule allows patients to access pricing information through their health plans. This new regulation follows previous steps that the administration had taken to improve pricing transparency in healthcare. There are 2 primary ways that this plan makes drug prices more transparent.

The first is by requiring health insurance issuers or group health plans to provide pricing information that is available to employers, patients, researchers, and developers. This pricing information will come in the form of 3 separate machine-readable files.

The first file includes the negotiated price for all treatments and services that are included in the health plan. As well as the final price of those insurance companies and in-network providers. The second file will show payments and bills to out of network providers. The final file will contain the rates that have been negotiated in-network. As well as historical prices for each prescription drug covered by the current plan.

This data will be presented in a standardized format that will include monthly updates. As a result, this system will lead to better and more thorough data collection and more informed consumer choices.

This change needs to be implemented for plans that start on or after January 1, 2022.

The next way this plan makes drug prices more transparent is by requirements from health insurers. The plan requires insurers to describe in detail how much customers may be charged for specific services.

Both of these plans push having free-market and competition-based solutions to the problem of high prescription drug prices. In the best-case scenario, the data collected drives app developers to design a way for consumers to easily access pricing information and shop around for the best deal.

The transparency may also have the effect of putting public pressure on high priced hospitals. The reasoning behind this is that high priced hospitals will be so afraid of being seen as too expensive compared to their competition that they will be forced to lower prices to save face.

One of the harshest criticisms against these new rules has come from Canada. Canada has a much smaller pharmaceutical market than the U.S. This may lead to medication shortages.

There is also the risk of drug fraud. As more drugs are being shipped from out of the countries may have no idea what they are being given.

This argument is less solid as the rules also outline that the drug manufacturers must provide documentation to importers that the medications they are selling are identical to medications already sold in the United States. They must also send these drugs to labs to verify that they are authentic.

Some in the pharmaceutical industry worry that the decrease in drug prices will lead to lower revenues and less investor support. This could be a problem as it may mean less investor money in things like research and development. An investor may choose to place their money into another industry rather than continuing to support drugmakers that may not give them a good return on investment.

There is also criticism as to whether or not transparency will decrease prices in the long run. This is because shopping for healthcare is difficult especially for people in emergency situations.

Medicare and Prescription Drug Costs in 2021

Medicare may also be undergoing some changes as well that may impact prescription drug costs. The changes coming in 2021 are to medicare part B and D. The changes to part B include a $3.90 increase to $148.50 per month.

The changes to Medicare part D include an increased charge to monthly part D premium depending on how much you make. For taxpayers making more than $88,000, the increased cost could be anywhere from $12 to $70 more per month.

How Will Lower Prescription Drug Costs Impact the Pharmaceutical Industry?

One fear caused by these new changes is that these rules could stifle innovation. Fewer profits from pharma companies may lead to less innovation due to lower investor interest. There are many solutions to this problem that will decrease costs without stifling innovation.

The first is protecting the return on investment by lowering research and development costs. Many have suggested doing this by innovating FDA requirements.

For example, decreasing requirements for large randomized trials. There is also the option of cutting drug prices but keeping pharma companies' share of profits. This would mean cutting out middlemen like distributing and marketing.

What Else Can You Do to Reduce Your Prescription Drug Costs?

All of these plans to save money on drug prices in 2021 may sound promising but they will take a lot of time to implement. It may take months or years for Americans to see the benefits of reduced costs. This is why we're going to provide you with some ways to decrease your prescription drug costs by shopping online for medication.

Using an online Canadian pharmacy to lower costs can be a safe and cost-effective way to get prescriptions delivered to you. The practice is incredibly widespread with around 2 million Americans or 1.5% of adults in the U.S. people bought prescription drugs outside of the country to save money. With the increase in unemployment due to the coronavirus pandemic this number is set to increase.

Find Affordable Prescriptions No Matter Where You Live

The United States will experience decreased prescription drug costs in 2021. This is because of legislation passed by the Trump administration. The U.S. already pays more in prescription costs than other wealthy nations. For many, this will be a lifesaver for some people. But it still may not be enough to make medication affordable.

If you're still worried about drug prices in 2021 then know that you have options. The United States often lags behind much of the world when it comes to prescription drug prices. But Canada often offers people the chance at affordable prescriptions.

If you want to be sure you're paying a reasonable price for prescriptions then contact us today.