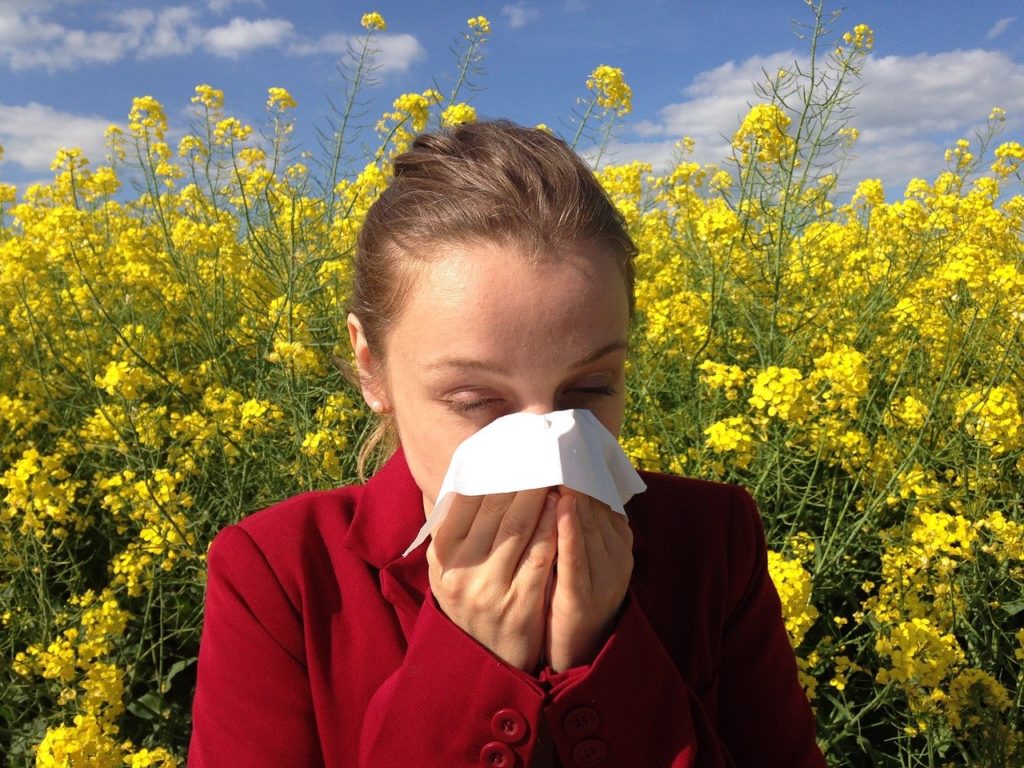 Allergic rhinitis is a medical term for nasal allergies.  It is an extremely common condition that affects millions of Americans and is one of the most common reasons patients see their primary care doctor. The condition can affect any age group including children, adolescents, and adults.

People usually have recurrent symptoms of a runny nose, nasal congestion, sneezing, and post-nasal drip. The condition can be very bothersome and may reduce the quality of life and productivity. Symptoms usually occur during certain seasons of the year such as spring (seasonal allergic rhinitis), but in some individuals, symptoms may occur throughout the entire year (perennial allergic rhinitis).

Allergic rhinitis is usually caused by allergens in the environment such as:

This may occur during a particular season (e.g., spring), in certain environments (e.g., home or work), or through exposure to pets.  Allergens enter the nasal passage and promote the release of histamine.  Histamine is a molecule that promotes inflammation and mucous secretion, resulting in swelling of the nasal passages and nasal congestion.

Inflammation in the nasal passage also results in a runny nose and the drainage of mucous behind the throat (post nasal drip).  This leads to frequent clearing of the throat and cough.  Symptoms can worsen if individuals are exposed to cigarette smoke.

How Common are Allergies?

Allergic rhinitis affects an estimated 20 to 40 million people in the United States.  This may actually underestimate its true prevalence since the condition is not life threatening and many individuals do not seek medical evaluation for their symptoms.  In fact, patients frequently treat themselves with over-the-counter medications.

Signs of allergic rhinitis include swollen nasal passages, clear mucous drainage from the nose, and a finding called “cobblestoning” on physical examination.  Cobblestoning is a phenomenon that can be seen in the back of the throat and occurs because of long-term inflammation and activation of the lymphatic system.  Enlarged lymphatic tissues have raised appearances that resemble cobblestones, hence the term cobblestoning.

Allergic rhinitis is a clinical diagnosis, meaning your doctor can diagnose it based on your symptoms and signs on physical examination.  There are no specific tests to make the diagnosis.

Sometimes, if your symptoms are severe, your doctor will order skin or blood allergy tests to determine if you are a candidate for immunotherapy.

These medications can start working within hours, but their maximal effectiveness occurs after 1-2 weeks of daily or twice daily use.

These medications are also usually well tolerated and have no significant systemic side effects.  Some side effects may include:

There is some evidence that long-term use may be associated with osteoporosis and impaired bone growth in young patients.

In addition to intranasal medications, individuals with allergic rhinitis may benefit from oral antihistamines.  These include:

Oral antihistamines are frequently combined with intranasal corticosteroids if corticosteroids are not effective enough in reducing symptoms.  Some antihistamines (e.g., Benadryl and sometimes Zyrtec) can cause sedation; therefore, these medications should be avoided during the day.  These medications should also be avoided in elderly individuals as they can lead to confusion and increase the risk for falls.

Less commonly, medications such as Cromolyn or a class of drugs called leukotriene receptor antagonists may be recommended.

If your symptoms do not respond to the medications we have discussed so far, your doctor may prescribe a short course (1-2 weeks) of oral corticosteroids such as Prednisone or Solumedrol (e.g., Medrol dose pack).  Long-term treatment with oral corticosteroids should be avoided as it can lead to weight gain, changes in mood or behavior, suppression of the immune system, diabetes, and osteoporosis.

Lastly, patients with severe allergies may benefit from seeing an allergist and receiving immunotherapy to decrease their allergic response to environmental allergens that trigger their symptoms.