Skip to content
Home > Blog > Medical FAQ > Latuda vs. Abilify: Which Medication Is the Best Option?

Latuda vs. Abilify: Which Medication Is the Best Option? 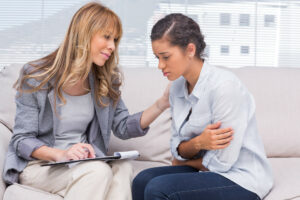 It can be difficult to know which medications to take for mental health issues. There are over 400 types of antidepressant medications alone! When deciding on treatment for bipolar disorder, psychologists and psychiatrists recommend two types of medication: antimanic and atypical antipsychotics.

These medications are used to aid the depressive or manic episodes associated with bipolar disorder. There are two antimanic medications that professionals commonly prescribe: Latuda and Abilify. Before beginning treatment, it's important to understand the differences between these medications to help you decide which would be a better fit.

Keep reading for the ultimate Latuda vs. Abilify breakdown.

The Differences Between Latuda and Abilify

The mechanism of action (MOA) is how the drug is believed to work in the body to have the intended effect.

Latuda works as a full antagonist at three receptors:

Latuda is also a partial agonist at the receptor serotonin 5-HT1A. Because it has low interactions with adrenergic receptors, the risk of side effects such as weight gain and sedateness is minimized.

Abilify is a partial agonist of the D2 and 5-HT1A receptors. It is also an antagonist of 5-HT2A. Abilify’s mechanism of action also allows it to have minimal adrenergic interference.

Latuda and Abilify both treat schizophrenia and bipolar disorder. Abilify is also approved by the FDA to treat major depressive disorder, autism, and Tourette’s disorder.

How to Choose the Right Medication for You

The best bipolar medication is the one that makes you feel better. Find a physician that you trust and feel comfortable with. When getting started on a new medication, it is important to be honest with your doctor about how you feel.

The same thing goes for the best schizophrenia medication- if it makes you feel better, that is the best medication for you. Latuda and Abilify both have several years on the market as medications for bipolar disorder and schizophrenia. That means both of these have made different patients feel better.

Not every patient is the same, so not every medication may work for you. It is completely normal to need a different medication or to need to get a different dose.

The Pros and Cons of Latuda and Abilify

Latuda, while shown to be very effective and with fewer side effects, comes at a cost. A 30-day supply of Latuda costs over $1,600 out of pocket in the United States. Generics will not become available until 2023.

Abilify’s patent expired in 2014, so now the drug is available as a generic. As a result, the cost is much lower.

The most common side effect of taking an antipsychotic is weight gain. In a recent study, both Latuda and Abilify were shown to be relatively neutral compared to other antipsychotic medications.

What the Experts Say About Latuda vs. Abilify

Over the past several years, there have been multiple clinical trials conducted evaluating the efficacy of Latuda against other antipsychotic therapies for patients with bipolar depression, including Abilify. Over 6,200 patients were enrolled in these studies.

The results across these trials showed that improvement was significantly greater when treated with Latuda. Additionally, these studies suggested that Latuda was associated with less weight gain than other antipsychotics.

Speak with your doctor for a personalized recommendation on the better medication for you.

Real-Life Experiences with Latuda and Abilify

Drugs.com reports an average review of 6.3/10 for Latuda. This is based on 734 reviews from patients who have taken Latuda for either bipolar disorder or schizophrenia. From the same survey, 29% of respondents reported a negative effect while taking Latuda.

Drugs.com ran the same survey across 1,046 patients who have taken Abilify. These patients have taken Abilify for a wide range of conditions, including bipolar disorder and schizophrenia. Abilify scored a 6.0/10 on their survey, with 34% of respondents reporting a negative side effect.

Paying for medication in the United States can be extremely expensive out of pocket. Even with insurance, high copays can make medications out of reach for many families. Don’t let medication costs stop you from getting the prescriptions you need.

It may seem too good to be true, but it is possible to get your medications for less. Canadian drug manufacturers are not held to the same patent laws as in the United States, keeping prices affordable for Canadian citizens and Americans who order from Canadian pharmacies.

Talk to Your Doctor Today

The first step to feeling better is to talk to your doctor. Your doctor will be able to review your medical history and make a recommendation that is appropriate for you. Latuda and Abilify are both great options, so you are in good hands.

Latuda vs. Abilify: which will work best for you? Find out by getting a prescription today.

For more information about filling affordable prescriptions at Canadian pharmacies, learn how to fill an order with us!