Did you know the average American pays about $9,000 per year in health insurance while Canadian citizens only fork over $4,569 on average?

That’s almost half the cost for an entire year of medical coverage for simply living in another zip code. But what does this hefty expense actually cover?

The costs of medical tests and annual visits, sure. But most of it goes towards covering the high prescription drug prices in the United States.

Even though you’re still paying out-of-pocket each time you pick up a prescription, your insurance provider is paying even more.

And insurance companies don’t like losing money so they increase premiums to cover this difference.

What makes Canadians immune to this cycle? Do prescription drugs vary in quality in Canada versus the US?

There are 3 specific reasons why the US and Canada differ drastically when it comes to prescription medications that we will dive into. And none of them have to do with quality.

Here Are 3 Reasons Why Canadian Pharmacy Prices Are So Affordable

If you ever feel like your health insurance company doesn’t really care about you, you’re not alone.

These providers are businesses, after all, with shareholders, bonus systems, marketing, and loads of other expenses to deal with instead of caring about how your high prescription costs affect your daily life.

But Canada’s healthcare system is different. The government is actually on their citizen’s side. And that benefits everyone because:

#1: The Canadian Government Sets the Benchmark for All Prescription Drug Pricing

Here in Canada, we have what’s known as universal healthcare.

This federal system is the opposite of what’s in the states, where citizens turn to private insurance providers or institutions like Medicare to access healthcare coverage.

Instead, the Canadian government runs the entire healthcare system and works diligently to keep prices realistic and affordable on patented drugs and other medical services. Under this universal healthcare system, the government has the upper hand — as opposed to the drug manufacturers.

This has a strong impact on the price of prescription drugs. 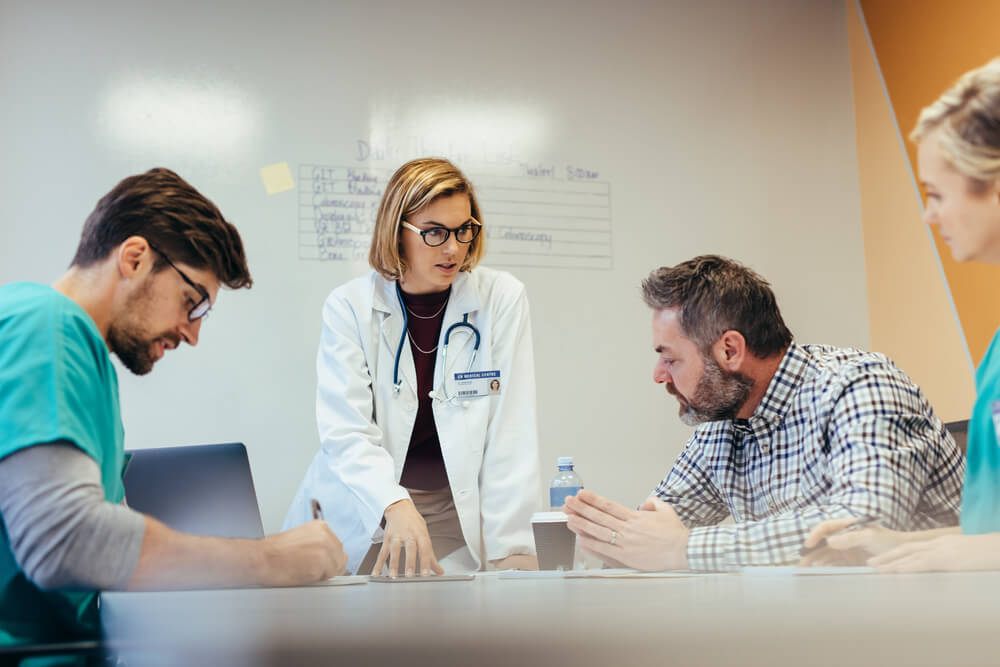 In the United States, drug manufacturers are able to charge as much as the market bears when it comes to prescription medications.

Remember “Pharma Bro” Martin Shkreli, also known as “the most hated man in America”, who raised the cost of a single pill from $13.50 to $750 just to make more money? There’s always a chance of something like that happening out of nowhere in the states.

Drug manufacturers are also allowed to charge different rates to different companies and organizations altogether, which is why some people pay much more for prescription drugs than others.

But this is not how it works in Canada. Drugs are much more affordable because the government fights on behalf of its citizens to keep prices low.

Here’s how they do it:

Instead of bouncing around to hospitals, insurance providers, and other medical related businesses, drug manufacturers in Canada must meet with one board of decision makers only: the Patented Medicine Prices Review Board (or PMPRB).

Here, manufacturers are asked to send in their best price bid along with sales and educational information on the drug being pitched. The members of the PMPRB take this information and compare it to the prices of equivalent drugs in other countries like Switzerland, the UK, Germany, France, the US, Italy, and Sweden.

Then, if the price is deemed affordable and reasonable, the PMPRB will make a massive bulk order for the entire population of Canada.

You can think of this in action like shopping at Costco or another warehouse store with discount style pricing: the more you buy in bulk, the cheaper it will be.

In the states, however, this is not how things are done. With private insurance providers, each one fights for their own version of a bulk discount.

But if they’re too small and don’t have enough buying power, you’ll end up paying for these poor negotiations in the form of higher copays.

And unless you pay a high premium, you’ll likely be stuck carrying this burden each time you go to refill your prescription.

There’s also one more reason why Canadian pharmacy prices will always be lower than those in the US.

#3: Costly Drugs Are Not Approved for Sale

In the United States, it’s up to insurance providers and other medical institutions such as hospitals to try to haggle with drug manufacturers to get their prescription prices lower.

But this doesn’t always happen and costly medication increases are only growing as a result. This is another key area where the Canadian universal healthcare system steps in.

If the proposed price of a prescription drug targeted for the Canadian market is too high, the PMPRB review board won’t approve it for sale.

Both the Canadian government and the manufacturer do have another chance to negotiate a lower price, but if it’s still too high in the end, the government won’t approve its sale.

So the price either goes down or the company forfeits the entire Canadian market share.

Now, just south of the Canadian border in the US, there is no gatekeeper like this and no one guards citizens from creeping exorbitant drug prices unfortunately.

To make matters worse, the US also has a law that forbids companies like Medicare from being able to negotiate for better prescription drug rates.

But just because the story is vastly different on each side of the border doesn’t mean US citizens are stuck paying higher-than-average prices for the prescription medications they can’t go without.

There is an alternative option used by 27 million Americans each year: ordering refills through an online Canadian pharmacy. 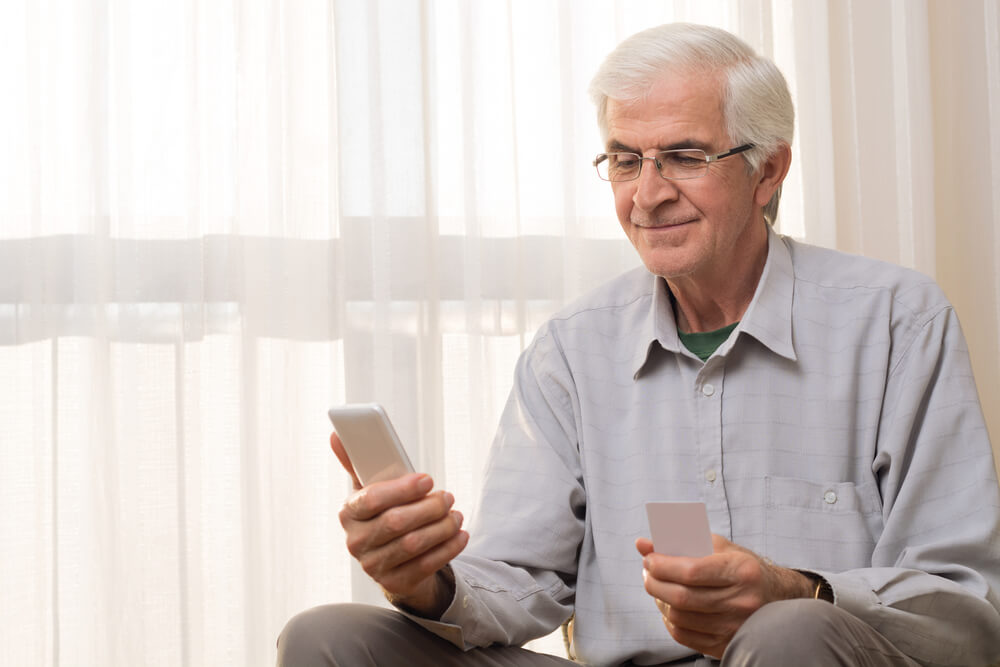 Many Americans are surprised to learn they can refill their medications online using a Canadian pharmacy.

This means you don’t have to cross the border and, as long as you only order a 90-day supply or less, you’ll fall within the FDA’s regulatory limits.

You may be wondering how this is all possible.

Do you need a Canadian prescription? Or need to make an appointment to be seen by a Canadian doctor?

Not exactly, as we talked about in this guide.

Since we cover this process in detail in that resource, we’ll briefly explain the best and easiest way to go about refilling your next prescription now:

First, you’ll want to refill enough medication in the states to overlap slightly with the dates your order is scheduled to arrive.

Creating this buffer ensures you’re covered in case anything comes up with processing or shipping and your medication is delayed.

From here, you’ll need a valid and updated prescription from your current doctor.

Next, you can search for a prescription referral company such as ours to help facilitate the transaction between your doctor’s prescription and a Canadian pharmacy.

Companies like these will coordinate with Canadian doctors who may also ask to review your medical records and history to see if this prescription can be approved and filled.

This route takes care of most of the heavy lifting for you and helps speed up the process since you’ll essentially have a prescription that just needs to be converted into a valid Canadian one.

It’s also a good option for anyone who already has an established doctor they like and can afford under their coverage plan.

Combine this with Canadian drug prices — which can be as much as 80% cheaper — and you may finally have a solution for lowering your monthly healthcare costs.

Another question that often comes up with purchasing prescription medications online is: How safe and trustworthy are they?

That topic requires a bit more detail and is one we covered in another guide on Avoiding Scams: 5 Tips for Navigating Canadian Pharmacy Reviews.

By following the tips in those two resources, and this one, you’ll be able to save money on your prescription medications without putting your health or identity at risk.

Stop Overpaying For Your Prescription Drugs

Now that you know more about why Canadian pharmacy prices are much lower than those in the US, and you’ve learned US citizens can purchase up to a 3-month supply of their prescription medications, you can start saving money today.

And before you make a purchase from a pseudo pharmacy unknowingly, make sure the online Canadian pharmacy is one you can trust.

If you spot any of these 14 red flags, don’t make a purchase and click away before it’s too late.

Follow these guidelines and you’ll lower your out-of-pocket prescription medication costs, keep yourself safe, and finally start saving money for something you’re really excited about.

These affiliated facilities dispense medications which they acquire in their home countries or internationally from countries like Australia, New Zealand, India, Turkey, UK, Germany and other European Union member states.