Signs of ED – 9 Early Signs That All Men Should Learn 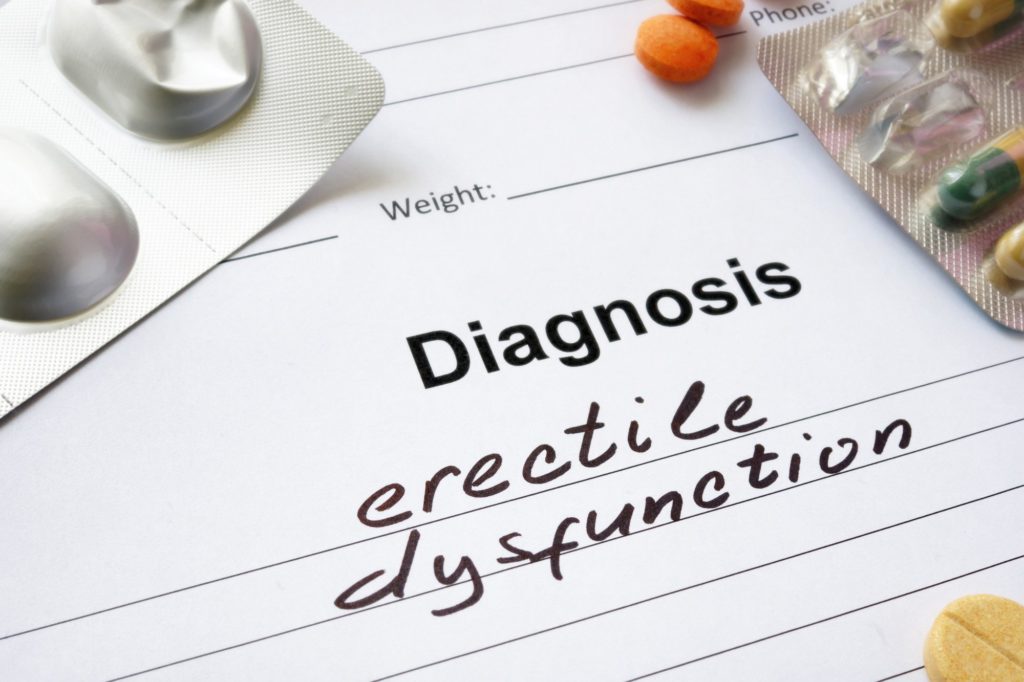 Do you have trouble getting an erection from time to time? Having difficulty with sexual performance lately and don’t know what’s wrong? There may be a reason and it is important that all men are aware of the early signs of ED.

You may have erectile dysfunction (ED). Erectile Dysfunction is not uncommon. In fact, it affects 30 million men.

Want to know if you have erectile dysfunction? Read the following to find out.

1. You Get Fewer Erections Than Usual In the Morning Can Be One of the Signs of ED

Getting erections in the morning is a healthy reaction to the male body. Erections help the blood flow to the penis from your blood vessels.

But when you begin having fewer erections when you wake up, it can be a sign of ED. When this happens, your blood vessels aren’t working as well as they could be. It’s more difficult for the blood to flow to your penis to cause an erection.

While there could be other reasons to have fewer erections in the a.m., It’s a good idea to see a doctor if you have trouble getting an erection during intercourse.

2. You Don’t Think About Sex As Often

If the thoughts that get you sexually excited don’t do it for you anymore, there’s a possibility you have lower testosterone levels than usual.

When it comes to hormones, testosterone is the one that rules your sex drive. If your libido is low and you’re not in the mood for sex as often it can be difficult to maintain an erection.

If you have trouble strengthening your muscles at the gym, feel moody or fatigued, you may be losing testosterone due to ED.

3. You Have Trouble Maintaining An Erection

One of the early signs of ED is when your penis can get an erection, but it can’t keep it erect as long as usual. This can signal an early stage of erectile Dysfunction.

At this stage, it happens slowly. You see that your penis doesn’t stay as firm as normal. Or your erections don’t last as long as they used to.

If it occurs once, it might not be a problem. But if you notice this happening regularly and there’s nothing psychological wrong like fatigue or stress preventing you from getting firm, you may need a visit to the doctor.

4. You Have Sleep Apnea

The quality of sleep affects your ability to get erections. And a lack of rest can affect your sex drive. It’s even more apparent if you have sleep apnea. This sleep disorder causes your breathing to pause often through the night.

A research study performed by the International Society for Sexual Medicine concluded that 69% of men who have Obstructive Sleep Apnea also have ED.

Sleep deprivation is a real libido killer because a lack of sleep creates stress and causes anxiety making it tougher to get an erection.

5. You Have Communication Problems With Your Partner

Although 70 percent of men have difficulty with erections when they turn 70, 1 in 4 men under the age of 40 also get ED, reports the Cleveland Clinic.

This might surprise you. The problem is most guys feel embarrassed telling their doctors they’re having difficulty with erections. It makes them feel like less a man.

When they don’t reach out for medical help, they hold their feelings in. These emotions can come out in an unhealthy way with the people they love such as their spouse and damage their relationships.

If left untreated, ED can wreak havoc on intimate relationships as well as his self-esteem. The best thing to do is to see a doctor who can prescribe a drug such as Cialis.

6. You Have Kidney Problems

Other medical conditions that can affect erections include kidney disease. Medical disorders in the kidneys affect blood circulation, hormone levels, and energy levels.

When you’re suffering from kidney problems it can make you lose interest in sex due to the physical changes your body is experiencing.

Not all men with kidney problems suffer from ED. But kidney disease may be a sign of ED for some men.

7. You Have Swollen, Sensitive, or Bleeding Gums

Bleeding, swollen, tender gums are no doubt a sign of gum disease. But they can also be a sign of ED.

Antidepressants can impact sexual arousal. SSRIs such as Prozac and Paxil are one type of antidepressant that affects the libido.

Another type of antidepressant that affects sexual function is SNRIs. Some of these include Cymbalta and Effexor.

These prescription drugs make it harder for hormones and chemicals that cause arousal to travel to the brain.

While blood pressure medication is good for your heart health, it’s not great for your sex life. When your blood pressure gets lower, it slows the blood flow to the arteries in the penis. This makes it difficult to maintain an erection.

Other types of medications that lower your blood pressure include pain medications such as opioids.

If you’ve had an injury that causes you pain, your doctor may prescribe them. While they help your pain in the joints, muscles, and nerves, they don’t help your erection, making it more difficult to perform during sex.

If you have any of these nine early warning signs of ED, you should speak with your physician. You might need a slight adjustment in your medicine dose or a prescription to help your signs of ED.

The Takeaway: Signs of ED

You’ve learned nine of the most common early warning signs of ED. But there’s help for the condition. So go see a doctor and get your sex life back on track.

Price Pro Pharmacy is a certified Canadian pharmacy offering affordable and safe prescriptions you can trust.

After you consult with your doctor, contact us to order a prescription to help you with your ED.